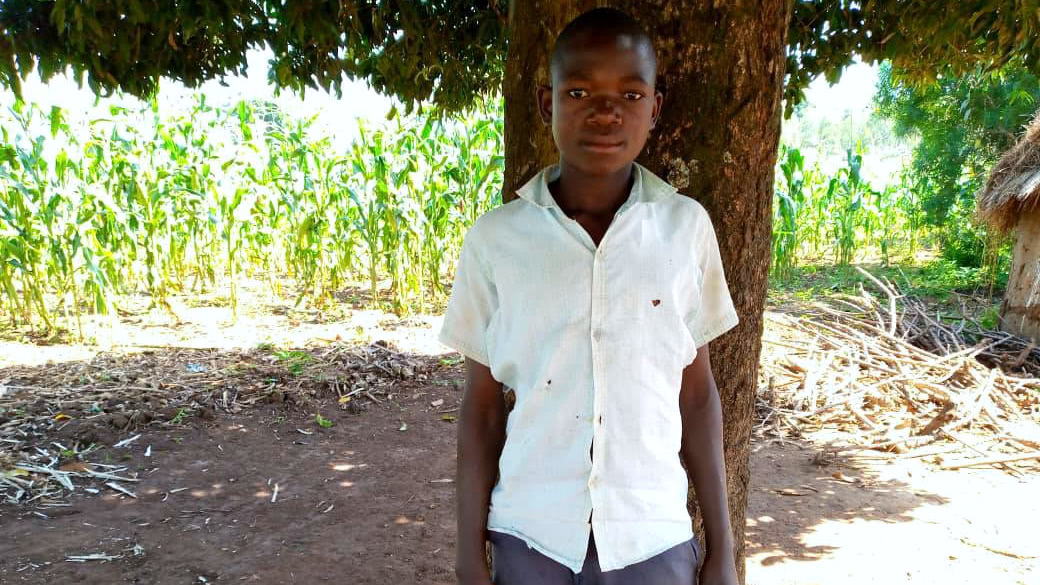 This is Shakiru Hassan, member of Orphans of Uganda Children Center in Bugiri. He is 14 years old and joined us when he was 6 years old. Our local mosque of our community handed him to us as he lost his mother due to domestic violence and his father married his stepmother who would mistreat him to extent that he was forced to run away from home. After running away from home, he stayed at the mosque until the mosque leaders brought him to us. Shakiru doesn’t go to school because of the school fees, which we can not afford.