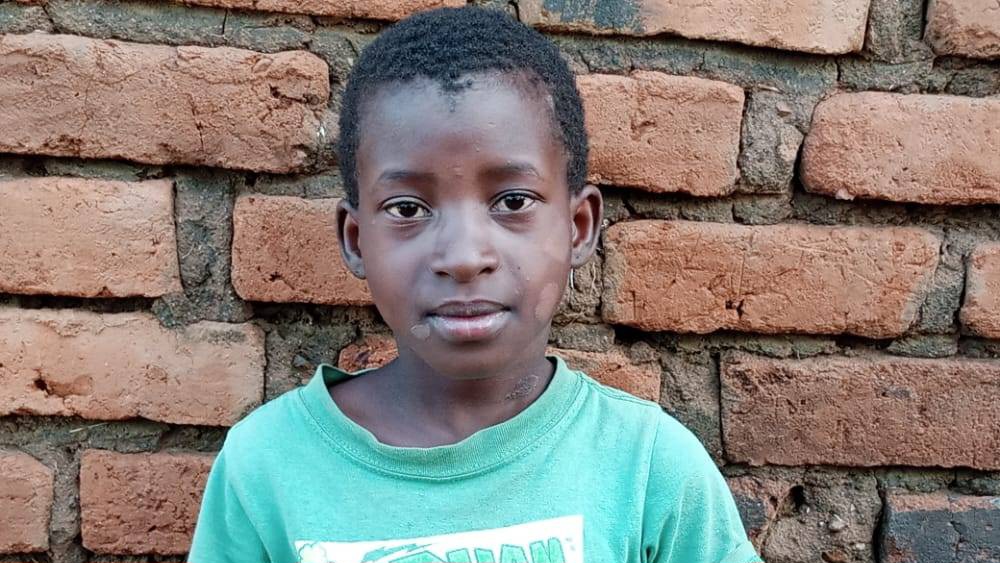 Orphans of Uganda Children Center Bugiri, it’s an orphaned home, and is where Kauma Witten do stay as her home since 2015. She joined the organisation when she was two years old, after the death of her biological father.

Kauma Witten lost his biological father when she was 1 year old, her father was fisherman who lost his life during his work of fishing and his body was not seen after his death. Her mom got married and his step father tempted to rape her at that earlier age, and this forced the community the report all the parents and both ended up in prison. Thus her ending up in an orphanage home.

Kauma she has not yet started schooling, yet she is ready to be at school, but due to lack of funds to support her schooling is the reason for her not being at school.

Kauma Witten like other children, she also do own her dreams and some goals in life. Athletic, she has a dream of being an athletic and she loves playing netball and football. Goals, she believes one day in future she will play for the national women’s teams.

She likes playing netball and her favourite colours are yellow and green, and she prefer eating rice and chicken.

Kauma Witten do request for support and sponsorship of her education, to help her fulfill her dreams and goals in life.

Message from her, losing your parents is not the end of life, there is more we can do without parents.

Orphanage caretaker message,  Orphans of Uganda Children Center Bugiri has more such children like Kauma Witten, and all need support and care to believe the same that there is life after the death of your parents. together we can keep helping and support them achieve their goals.