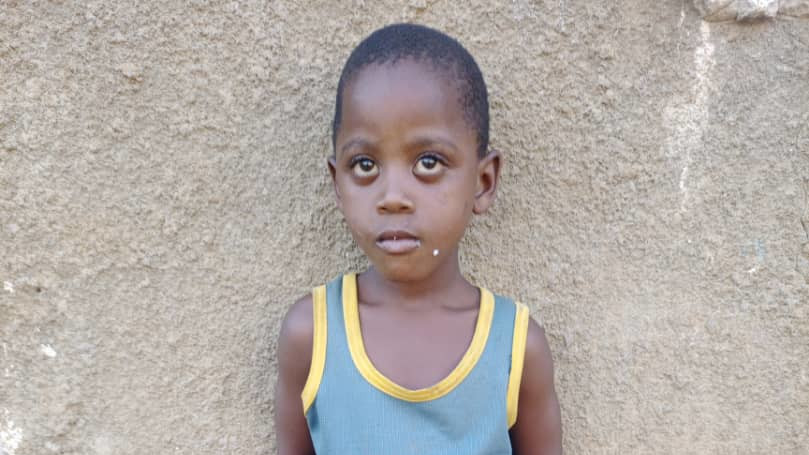 Paul Sebindukyi is 7 years old, a member of Orphans of Uganda Children Center in Bugiri. And from Christianity foundation as he was handed to our organization when he was 3 months old. Without any information of him because he was found at the entry of the church, when he was dropped there by unknown person, and was named Paul Sebindukyi by the church members.

Paul is not yet at school due to lack of school support, but as the organization we keep on paving ways to call for support from those who can stand with these children and sponsor them to meet their goals in life. He loves music so much and dancing, with dreams of being a dancer or a musician like one of our local musician here in Uganda called Chameleon. We can make his dreams to become reality, lets do it.